So I had my second infusion this Monday, which went fine? Nothing major. I’ve been fatigued off and on this week, with some joint and nerve pain, but no bad symptoms beyond that which is a relief. I’m kind of tired and fuzzy brained a lot, so it’s unpleasant but not scary. My mother-in-law was here for the infusion and will stay through tomorrow (Saturday), and she’s been amazing—keeping us fed and the apartment tidy, making sure the little studio for visitors is stocked and comfortable, and cuddling the little dog who is completely enamored with her. Among many things, I am incredibly grateful for Nico’s family! Here are some things that happened this week, in order of occurrence:

Finally, here are photos of Fanny wearing some blog-branded swag—compliments of one of her (and my!) favorite people, my cousin Rachel. 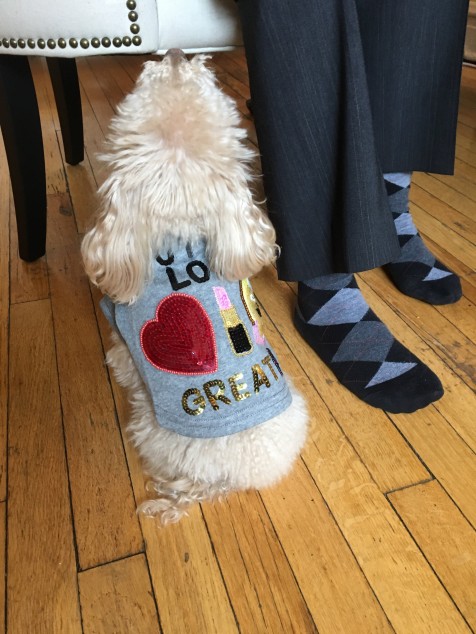